Hello everyone and welcome to this week's article!
Today we're going to check out a new cabinet simulator (click here for a dedicated article about them) that loads impulse responses: Audio Assault aIR Impulse Rack!

aIr Impulse Rack is a nice little stereo plugin that acts as a Swiss army knife for impulse responses: it lets you load as many IRs as you want and mix them through a mix knob, then modify them through a serie of rack modules (an Equalizer, a High Shelf and a Low Shelf module, a Cab focus unit, a Phase/delay, a Volume/Pan unit, a Frequency analyzer, a Hi/Lo pass filter and a Normalizer).

The amazing thing of this plugin, that sets it aside from all the other similar products, it's the fact that you can create your stereo chain freely, save it in the internal preset manager, and even export your own custom ir with all the processing applied.
This is a feature that almost no other cabinet simulator has and that actually opens to an infinite landscape of possibilities: instead of having to load your favourite IRs and having to mix them, eq  them etc, you can export all the chain already processed into a single impulse and save your cpu and time for the following sessions.

I had a lot of fun experimenting with this plugin, and considering also that it comes already with a set of good impulse responses (those present also in other Audio Assault amp simulators), in few minutes I've been able to come up with the tone in the sample you can hear (only using free plugins: NaLex Gerbert and Ignite TSB-1).
Considering the features and the price, which is very good, I can only suggest you to try it out and have some fun. 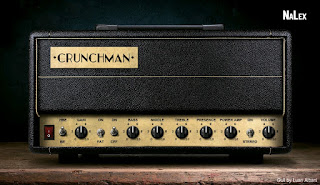 Today I have reviewed and updated one of our most popular articles: the one about free amp simulators, adding 23 new free Vst amps (all of which sound very good).

You can check out the updated article here!

Let us know what you think about it and whether are there more good free Guitar Amp VSTs we haven't mentioned yet!

The history of Korg Pandora 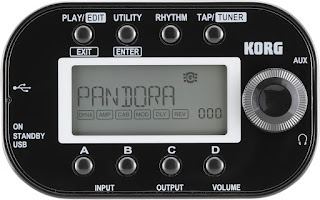 Hello and welcome to this week's article!
Today we're going to make another review of a legacy product that is on its way of blowing 25 candles and that yet is still on the market in its latest version: the legendary Korg Pandora!

During the '90s digital effects for guitar were seen like something almost exoteric, something that belonged to the complicated racks of the guitar heroes and that costed a fortune, but then Zoom came and started offering digital multi effects for dirt cheap (and very low sound quality), and basically revolutionized the market letting anyone have all the most common tones and effects in the world.

Korg is a Japanese brand famous for making music instruments since the '60s, but it's today most known for being one of the main producers of synths and samplers (they even invented the synth+sampler hybrids in 1988), and in 1996 they decided to propose a small tool that in some way revolutionized the concept of playing guitar: the Pandora.

The Pandora is a small device, more or less of the size of a smartphone, battery powered, that offered 60 effects (up to 4 at the same time), various amp tones (from clean to extremely high gain), cab simulator, a guitar input, a volume knob, some control and a headphone out.
This little thingy was so small, light and revolutionary that became hugely popular, every guitarist imagined himself rehearsing on the headphones in some public transport, or the night in the bedroom, and the price was not particularly high.

Sure, the sounds were bad, even worse than the ones in the cheaper Zoom 505, but the size and weight were surpassing any logical reasoning.
The following year a second version, the Pandora PX-2 came out, featuring 32 drum patters with adjustable tempo, and this one was the real killer application, the ultimate guitar exercising machine.

Three years later, in the year 2000, Korg expanded its amp simulator array launching a serie called Toneworks (click here for the review of the Korg Ampworks), which was intended to be a large family of products for guitarists and bassists, and that featured the Pandora PX-3, a version for guitar and one for bass.
The only problem of this serie was the timing: the Toneworks serie was still sounding like in the '90s, when in 1998 the Line6 POD came out, changing the game forever.

In the following years there have been even more iterations of the Pandora, such as the PX-4 and then they started incorporating the Pandora tones and effects in their portable recording stations.

The current version, which is still on sale on their website, is the 2011 iteration, the Pandora Mini, which is even smaller, lighter and features 200 presets (some also for bass), 158 effects and tones (7 of which usable at the same time), 100 drum patterns, tuner and so on, and it's still today a great idea if you want to have an awesome little practice gadget always in the pocket of your guitar!!

Thumbs up (if you don't care too much about the sound quality)!

Everything you need to know about effects part 4/4: Distortions! 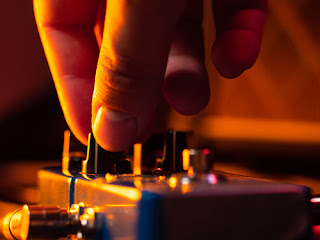 CLICK HERE FOR PART 1/4: Fx routing, in studio and live!


Once we have gone through all the most common application of modulation effects, it's time to pass to what is considerable the most important type of effect that we can apply to a tone, an effect which has taken an instrument, the electric guitar, and made it the most important, influential and beloved one of the 20th century: the distortion, in all of its forms.

The overdriven guitar tone is born by mistake: bands were using tube amps in the '50s and '60s, and back then there wasn't even a real PA to amplify them, so guitarists, especially those that were playing in big arenas, had to crank them at the maximum volume.
The signal passing through the tube circuits ended up saturating them, and the result was a distorted tone, with lots of additional harmonics and some compression that the guitarists found out to be exciting, to make the tone edgier and even easier to play: the tube overdrive sound was born.
The audio enhancement provided by tubes is still today often used in studios, to add a track, especially if digital, the liveliness typical of the vintage hardware.
Click here for an article about tube (and tape) saturation with free VST plugins!

Not too long after the discovery of the tube overdriven sound, guitarists (especially the pioneer Jimi Hendrix) started to ask themselves "where do we go from here? How can I make my tone ever more extreme?", and producers started working tirelessly to replicate the distorted sound of a tube amp full volume in a stompbox, and came up with an infinity of solutions, which can be divided in 3 macro groups: fuzz, overdrive and distortion.

The first models to hit the market (end of the '50s/early '60s) was the fuzz: it is a type of pedal that takes the original sound and distorts it, but in a very unique and specific way, by taking the sinusoidal wave and turning it into a squared one.
The result is a gritty tone with lots of sustain, impossible to obtain with a regular amp, and it was the staple of riffs that made the history of rock, such as Rolling Stones' (I can't get no) Satisfaction and most of the Jimi Hendrix and Pink Floyd solos, just to name a few.
Click here for an article about fuzz, with free VST plugins!

An overdrive is a pedal that recreates (sometimes also by using a tube) the saturation of a tube amp full volume without the need of pushing it (thus without ruining the tubes): the effect is a slight distortion, more attack, less low mids, lots of extra harmonics and some extra compression; this is a great pedal to boost our amp and even out its frequencies, and it's often a solution used when recording.
Click here for an article about overdrives, with free VST plugins!

Another effect that can be considered a more extreme evolution of the overdrive is the distortion.
The distortion is a pedal aimed not to boost an overdrive channel of an amplifier but to replace it, going directly into the clean one, since it's capable of producing high levels of gain, or bypassing the preamp altogether and going direcly into the power amp.
Distortions have seen their moment of maximum popularity in the '80s, with many guitar heroes (such as Steve Vai) and classic heavy metal bands (like Judas Priest) using them regularly, and still today they are very popular in certain genres such as grunge or alternative rock.
Click here for an article about distortions, with free VST plugins!

Finally, a sound can be further degraded or modified creatively in an infinite amount of other ways, and there are today pedals to do practically everything, but there are still a couple of effects that are worth to be mentioned here: the harmonic exciters, which takes certain harmonics of our tone and emphasizes them, which is a cool way for example to add brightness to a sound without messing too much with the eq (click here for an article about harmonic exciters with free VST plugins) and the bit crusher, which on the other hand takes a sound (usually vocals, or drums, or a bass) and degrades it by reducing the bit depth, creating the feeling that the sound comes through some vintage gear.
Click here for an article about bit crusher, with free VST plugins!


CLICK HERE FOR PART 1/4: Fx routing, in studio and live!