HOW TO USE VIRTUAL CONSOLE EMULATIONS (with Free Vst Plugins Inside) 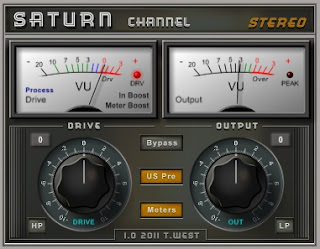 Hello and welcome to this week's article! Today we're going to talk about Virtual Console Emulation!
This article talks about a particular kind of plugin set between a Saturation Plugin, an Harmonic Exciter, a Mix Buss Compressor and an Equalizer. Looks complicated? It's actually easier than it seems, in facts, like we've already seen with our Virtual Channel Strips article, it's just all about recreating a sound that feels a bit less digital, and a little more like the vintage albums.
Back in the day, in facts, recordings were done analogically, by processing the sound through huge and expensive consoles that, just by passing the signal through them, used to give to the wave a particular colouration, and this colouration, featured on some classic, timeless album, is still today sought after from many sound engineers.
This "Colouration" of the sound consisted basically in some characteristic of the electronic components used for the console, and at the beginning they were meant to be as transparent and hi-fi as possible, but nevertheless the sound was inevitably modified by passing through them to the point that, once a real hi-fi and true-to-the-source recording has been possible, the engineers felt something was missing.
When the Drive knob is raised, those Virtual Console Emulators basically works halfaway between a Harmonic Exciter and a Saturator, so they add a bit of gain and a sligh compression too, and the hi-pass and low-pass filter tries to set the sound on the coords of the ones created with the virtual consoles.
Some of these plugins works as a Summing processor too: a summing processor is a tool that is used to sum together the tracks, not only by stacking and exporting them on a single file, but
adding a slightly 'bigger' and more professional sound, although this is the source of much debate in the pro audio world, since always more audio engineers are sticking with the "In the box" solution without problems.

Here are the best Console Emulation plugins, ordered by price:

- Terry West's Saturn Console emulation: A Free console emulator for single channels or busses with fixed Hi-Pass and Low Pass filters, a warm gain-driven saturator with a option to use the fine US-pre gain compressor and two meters.

- Sonimus Satson: another good console saturation plugin, at an excellent pricing, with adjustable hi-pass and low-pass filter and gain control.