The difference between open back and closed back headphones 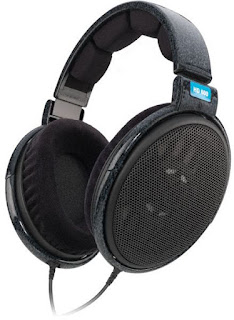 Hello and welcome to this week's article!
Today we're going to talk about a topic that came up during the recording sessions of a demo I've been recently taking part to, and it turned out to be an interesting discussion.

Which is the ideal type of headphone to use when recording and when mixing (click here for an article about mixing with headphones vs. mixing with monitors)?


Open back headphones are those that usually have a grill in the back of the earpiece, this prevents the sound pressure to build up inside the ear cup and the sound waves to bounce for too long.

- these are better headphones for mixing and mastering because the sound is more clear, since especially the lower frequencies doesn't remain trapped in the earcup giving the impression that there is more low end in the song that there actually is.


Closed back headphones instead doesn't have the grill, and the sound remains longer inside the ear cup bouncing, therefore it sounds more loud and messy, and a bit less clear.

- these headphones isolate the sound better in both ways: from inside and from outside, therefore they are used when recording, because they don't have a lot of bleed (unlike the open back ones), and because they isolate better from the external sounds, allowing the musician to focus on their own performance.
- for the same reasons mentioned above, this type of heaphones is also good when listening to music outside, for example when commuting to work.

- if you mix with closed back headphones there are big chances that the final sound will not translate to the other sources as you expect, because they doesn't provide a flat representation of the sound spectrum: they emphasize the low end and makes the high end a bit cloudy.
- they are heavier and makes the ears sweaty, which in long sessions can be a problem.

For tracking buy a good pair of closed back headphones, that can isolate well the sound from inside to prevent it from bleeding into the microphones, while when mixing and mastering use some good level open back ones, because they will allow you to obtain better sounding mixes, that translates better also in the other devices (computer, car stereo etc). 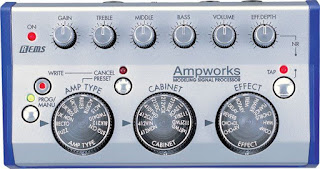 Hello and welcome to this week's article!
Today we're going to review another legacy piece of hardware that I have owned for years: Korg Ampworks!

This 2003 piece of gear was Korg's take on the world of desktop amp and effect simulators for guitar, following the groundbreaking success of the Line6 Pod.
Actually Korg has been a pioneer in digital amp emulation, with tools such as the Pandora, but when the Pod hit the market, that's when the digital technology started to catch really the attention of guitar players, before the Pod digital amp modelers were considered toys for the starting guitarists, something that should never be used in a studio/live environment.

The ampworks was a cheaper, much lighter and portable version of the Pod, actually it was made by such light plastic that a real live use would have been possible only by fixing it in some pedalboard, otherwise just the weight of the guitar cable would make it fall.
The unit can even be connected to a footswitch to move through the presets live, but for live purposes it made much more sense the floorboard version, which featured two footswitches and an expression pedal.

The Ampworks can be operated with batteries or via Ac adaptor, and it features a very intuitive interface: it offers the typical controls of an amplifier (and a noise gate), 11 types of amp voicings, both for bass and guitar, 11 types of cabinets and 9 effect presets, which consisted in single effects (with a dedicated button for the tap tempo of the delay) and some common combination of them.

What about the sound? Well, it sounded definitely one generation behind the Pod (which on the other hand was costing 2/3 times as much back then), and maybe it was geared towards a less demanding audience: the effects were not bad, althought there was no real way to control the parameters, but the preamp section was sounding extremely thin, with the distortions that were buzzy and without body as typical of the early emulators and they lacked completely of any harmonics richness, sounding more similar to a fuzz than to a hi-gain amp.
By playing it today it shows all the technological limits of the time, but it's been fun nevertheless toying with it back then (especially with low gain/overdrive tones), until the Vst amp simulators completely blew away the low end of hardware guitar amp simulation.


Specs taken from the manual:

Signal to noise ratio: a guide for dummies 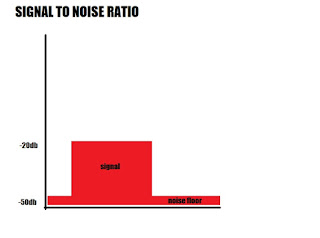 This article is to be considered an expansion of our Gain Staging article (click here to read it), in which I would like to elaborate more about the signal to noise topic.

When we record an audio sound (regardless of whether we're using an old analog tape recorder or a modern digital workstation) we are actually capturing certain frequencies, those that are audible from our microphone, and putting them into a "corridor" that has a floor and a ceiling.
If the recorded signal is too high it will "bump" into the ceiling and will distort, if it's too low it can become inaudible, therefore we need to find a level in which it can be heard properly without clipping.
This amplitude is controlled through the "Gain" knob of the preamplifier we're running through, and since we know that there is a "floor" and a "ceiling", there is also a sweet spot that we must find with the best signal-to noise ratio; the distance between the signal and the ceiling is called Headroom.

One thing that is important is that in the "corridor" I was mentioning, the floor is the level below which our preamp can't hear any sound, and this minimum level of signal (which is always present when recording, even if there is total silence) is called "noise floor", which is the lowest limit recorded from the source going into the preamp.
This noise floor can be pushed further down by changing the bit depth of the project, if the audio interface supports it: the higher the bit depth, the lower the ground noise level, but it can never be removed, and if after we have recorded a sound we realize it's too low and we increase the volume of that track in our DAW for example, we will increase more or less proportionally also the noise floor by the same amount of decibels (which is very bad).

How to calculate the signat-to-noise ratio = Signal Level MINUS Noise Level.

To sum it up, the lower we will set the input gain, the higher proportionally will be the signal-to noise-ratio, meaning that the related noise will be more and more prominent when we will turn the signal back up, so always make sure you are recording with the right input level, not too low to avoid the noise but not too high to avoid distortion: a good starting point for your DAW it's to set the projet to 24 bit and set the input gain of your audio interface so that the signal will peak at around -12db, this will give you enough headroom for the various further steps of the audio production. 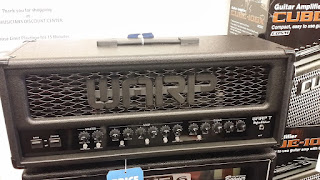 Hello and welcome to this week's article!
Today we're going to review a tube amp owned by a dear friend of mine in the first half of the 2000s: the Hughes &Kettner Warp T!

This head is the flagship of a line now discontinued from Hughes & Kettner that tried to capture and deliver the typical sound of the nu-metal wave: lots of gain and low end, slow attack, suited for downtuned guitars and groovy riffage.

The Warp lineup included everything, from a stompbox to small transistor amps all the way up to this full fledge 120w all tube head, with lots of volume and headroom.

The sound the Warp line up was after, essentially, was the Korn/Limp Bizkit/Linkin Park one, but everything seen from the thick German lenses of the company, which created something that didn't sound particularly similar to the aforementioned bands, but that had a very unique character nonetheless.

Let's start by saying that the head is huge and heavy, the construction is very solid and it features four 12AX7 tubes in the preamp and 4 6L6 in the power amp;
starting with the clean channel it's immediately clear that the amp sounds very warm, with the channel that offers a lot of headroom (the H&K cleans have always been inspired to the Fender ones, IMHO) but that can offer also a lot of low end and character; as always the clean channels of H&K heads sounds very good, even in metal oriented amps.

Moving to the overdrive channel, that here is called "Warp", we arrive to the main characteristic of this amp, which has been also the cause of its demise and that made the line up disappear pretty fast from the shelves: it's not good for metal.
It's good only for some modern heavy rock, but it lacks gain, it's a crunch full of low mids that take away clarity (a problem that can't be solved even with the independent eq of the channel) and that doesn't have much definition or attack in the high end.
Sure, the head can be boosted, but this invalidates completely all the marketing revolving the "ultimate weapon for metal", and it makes it just a very premium base to which connect another preamp.

Among the few extra functions there are the 2 switches: "Sub", that adds even more subsonic low end, completely useless, and "Lube", which acts as a sustainer, and they seems to be there more as a sexual innuendo than to be of any use.