Hello everyone and welcome to this week's article!
Today we're going to check out Bassgrinder, by Audio Assault!

Bassgrinder is a Vst bass amp simulator very simple in its interface (as for all Audio Assault plugins) and lightweight but very, very effective if you're looking for a quick and realistic rock and metal sound for your bass DI tracks.

The interface represents an amp, with gain, eq section (including a "detpth" control), and a "crush" knob which is a one-knob limiter, then it features input and output levels, high pass and low pass knobs, noise gate, an amp section that lets us choose between 15 amps and a cab section with 20 cabs.

Finally, the most important feature: two separate mix controls, one to blend the amount of the DI signal with the amp, and one for the cab.
These 2 knobs are fundamental because here's where the fine tuning of the tone shaping takes place: you can hi-pass the processed signal and introduce the DI track to have a clean low end, choosing the right amount of amp and cab to use, and this avoids us the dual or triple bass track technique, in which we need to use a separate bass track for each type of sound and then blend them together.

In conclusion, I have been positively surprised by this revamped version of Bassgrinder, which took the original plugin and added more models, the limiter and other features, and I will definitely use it in my projects, since it sounds very aggressive, very realistic and makes bass mixing a breeze.

Considering also the fact that the price is very affordable, I really suggest you to give it a try!

- Mix knob for cabs and for amps

Pan automation, how to use it and why it matters 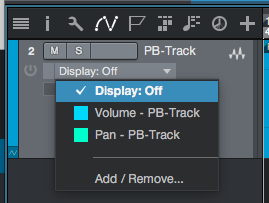 Hello everyone and welcome to this week's article!
Today we are going to elaborate more about the topic of panning (click here for the basic article).

Let's start from this assumption: if a mix is 100% stereo all the time, then it's never really stereo.
What does it mean?
That also the space disposition of the mix elements it's part of the arrangement, and we should use it to our advantage, to create dynamics and excitement in our songs as much as with all the other tools.

The use of pan as an arrangement tool is often heard in pop productions, when in the verse the arrangement is minimalistic and the song opens up during the chorus: more vocal lines adds up, maybe more instruments or a distorted guitar, the drums becomes more explosive.

Let's start with this example: we have in our song an acoustic drumkit, and the overheads are two mono tracks which takes more or less the whole drumset, but especially the cymbals.
We can create a pan automation track (in Studio One is particularly easy because it suggests you right away 2 default automation tracks: Pan and Volume) for each of the 2 OH tracks and keep them quite narrow during the verse (40% left one and the other 40% right, for example, or even less), then when the chorus hits we can make them 80% on each side, and same we can do with the left and right guitar tracks.

To create an automation we need to click in the pencil tool and create in the line a point where the setting of the pan needs to change: we draw it at 80% during the chorus, then we draw it back at 40% during the verse, in our example. 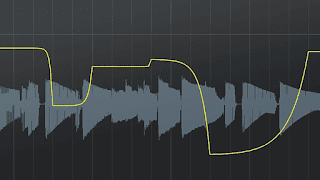 Does it work? Does it create some appreciable change? If we want we can try moving slightly also other stereo elements of our mix to create some extra dynamism, but, as always, let's not overdo, otherwise the final results can get a bit confusing.

In order to succeed with a song is we don't need a ton of moves, but some strategic, well thought arrangement element that is noticeable and understandable. 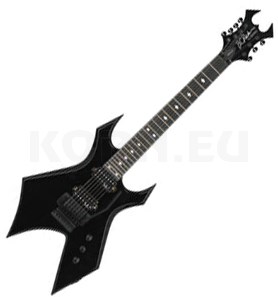 Hello and welcome to this week's article!
Today I'm going to review the second guitar I have ever owned, my first seven strings: the Bc Rich Warlock NJ-7.

After my first guitar, which I will review another time, I wanted to go full metal and have the edgiest instrument I could find, so I went to a famous Italian guitar store, probably around the year 2001, and I bought the most aggressive 7 strings guitar I could find for my budget, which was around 550€.

I tried this Bc Rich and I immediately fell in love with it: the look was super menacing, it had 7 strings, which would have allowed me to play Fear Factory, the pickups were very hot and there was a (licensed) Floyd Rose.

The build quality was not perfect: the bolt-on neck wasn't super stable, and the non-original Floyd Rose wasn't the best at keeping the tuning (which is the reason why, since then I have switched to fixed bridges), plus the jack connector was loose and the sound after a while started to come and go (but these are all things to consider when buying the cheapest model of a brand).
Eventually, though, these are not the reasons why I have decided to trade this guitar in for another one: the reason was the weight, which was enough to hurt my back, and the fact that the guitar was pointing down and needed a certain strenght to keep the neck in position.
Very uncomfortable.

In terms of sound what was lacking in body and low end was compensated with a razor sharp high end: the guitar sounded very "90s thrash metal", and the cleans were crystalline, so in terms of tone I was satisfied back then, and the playability wasn't bad besides the weight, because the neck was all in all quite comfortable (but not thin).

Today the american brand, after some rough times, is reinventing itself and is planning to return in the market with a new array of models, but at the moment the website is not accessible.

Using a second pair of ears to improve your mix 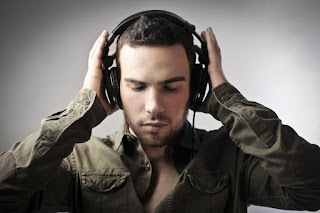 Hello everyone and welcome to this week's article!
Today we are talking about a simple concept that can be put in the same box of our article about Referencing, which is using the ears of someone else you trust to help you fixing what you are not noticing.

After long mixing sessions, even not continuous, our perception of the song can become a little bit distorted: even if we are experienced mix engineers, we burn in each mixing session most of our critical listening capacity in the first 45 minutes of mixing, more or less, then we get so acquainted to the sound of the song that we lose objectivity.
Sure, stopping mixing and starting over the day after will give us a fresh point of view, but if we are working on a mix for weeks (or months), there will anyway probably be details that we will not be able to point out anymore, for example the cymbals are in general too low or too high, or the mix in general has too little or too much low end.

This happens because we focus on the details: we create, for example by automating even the smallest parts, a perfect equilibrium, and this way we lose the overview of the song, to the point that when at the end we realize for example the mix lacks IN GENERAL low end, we need to destroy all the equilibrium to fix it.
And this is frustrating.

Does this sound familiar? It happens to everyone, even the most professional mix and mastering engineers, and that's why often mixers sends drafts of their songs to other engineers or musicians they trust, in various stages of completion: to have a second pair of ears capable of pointing out what we can't notice anymore.
The more often we do it during the various stages of mixing, the less we will have to "roll back" when something needs to be fixed.
And if you trust the person you need to trust his or her opinion, because you in that moment are looking too close to the song to see it as a whole, and only 2 or 3 months after finishing the mix you'll be able to notice what your friend is noticing.

So my suggestion is to find someone you trust and send him/her your mixes for opinions, and you do the same to that person: it will take the projects of both of you to the next level.