HOW TO USE PARALLEL COMPRESSION (free Vst Plugins included) 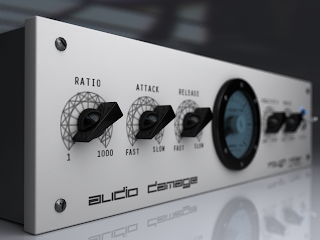 Hello and welcome to the advanced part of my Compression Tutorial (for the Basics of  Compression, click HERE).
Today we're going to talk about Parallel Compression, which is a particolar way to apply this effect, in order to achieve certain results which are heavily used on professional studios.

This technique is commonly used for drums or vocals, or even for the whole mix. It consists in creating on your D.A.W. project an Effects Track (or FX Track, or Fx Buss, there are different names according to the software used) or a Group Track, loading on it a Bus Compressor and/or an equalizer or any other effect you may need, and blend this track with the other already-processed tracks that you have.

A drum group is perhaps one of the best examples of when we would use Buss Compression, and since it’s very likely that you would insert individual compressors on some of your separate drum tracks, we can call it Parallel Compression (since e.g. the kick, which you may have already compressed on its own, will be routed along with the other drum parts on the Fx Buss which contains the compression, and the two compressions will be summed).

Let's try this experiment: Record a drum kit, or use a virtual drumset, and apply some equalization and compression on the single parts you need, then create a Stereo Group Channel, load a compressor on it (for example the Audio Damage Rough Rider), and set it very aggressive (threshold -40dB or so, ratio set to infinity). The idea is to blend this heavily compressed sound with the original, softly processed or even unprocessed one, to retain some of the track's original transients and musical dynamics.
I prefer a long release time (maybe around half a second, more or less), but the real secret to making this work is how you set the attack time, we can start setting it somewhere in between 2-10ms, but it's really all a matter of experimentation and different tastes. Once you've found a sound you like (you can also add an equalizer and try to boost 6db around 100Hz and 10Khz), open your snare, kick tracks and all the others you wish to effect, go to the Fx Send menu of the single tracks, and load the Stereo Group Channel you've created with the Compressor.
From Here, you can blend the effects track with the single instruments tracks, choosing the amount of effect that will affect the single drum tracks.

This compression technique is also known as the New York Compression Trick.