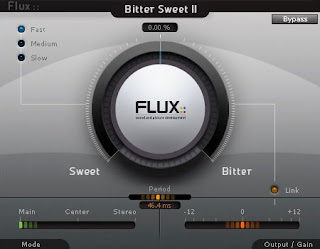 When recording, especially when microphoning, the mic placement is crucial, since it will affect the body of the sound we're playing. This body, the loudest and most characteristic part is called Transient (click here for a dedicated article that explains of microphoning affects the transient of a sound).

Transient designers (also known as "Transient Shapers" or "Envelopers") are sound processors that stands somewhere between equalizers and compressors, but the aim of T.D.s is to affect only the Attack and Sustain phase of a sound, so these effects are capable of enhancing or attenuating each of these with precise accuracy. For instance, using a transient designer we’re able to increase the attack of a snare sound or even reduce the sustain of a drum loop, in order to reduce the room sound in the recording.
These results can be achieved with other methods too, for example using an Equalizer, but the characteristic of Transient Designers is to leave the "core of the sound" unaffected and only process attack and sustain, which is quite hard to obtain with other methods.
First off lest's start saying that some of todays best DAWs already features an in-bundle Transient Designer, but here is our suggestion for the best free Vst  T.Ds: FLUX BitterSweet II, DigitalFish Dominion, Storm Transient Designer (this is mono). For an interesting example of how this kind of plugin works, check out the audio samples of the Native Instruments Transient Master, that can be found Here.

Here are the most common and fundamental controls featured on Transient Designers:

- Attack: With this control you can increase the punch of the initial part of the sound (for example the pick of a bass, the strum of a guitar to make it more "chimey", or the attack of a drum sound), or lower it to make it softer and less "in your face". This function adds or subtracts decibels like an equalizer, boosting or cutting the amplitude of the first part of the sound.

- Sustain: This control affects the "tail" of the sound, and is mainly used to remove (or increase) the room reverb for example on drums, vocals or acoustic guitars. The sustain control is useful to get the sound closer or farther away from the listener, increasing or decreasing the sustain as it works with a compressor. The nice thing with Transient Designers is that you can work of the sustain of a sound without compressing the sound itself and leaving it more natural.

- Gain: There is really not much to say about this control, other that is used to lower the volume of the sound when needed, especially when increasing the attack: the volume of the signal will be increased, so it’s well worth lowering the output level of the plug-in to avoid clipping.

Transient Designers are used also for creative results, like shaping the sound of a Synth (for example making it less aggressive) or adding space (or removing it) from a whole mix during the Mastering Phase: in this phase the shaping tools are used mainly to recover some body lost due to an excessive compression. Let us know if you have some other interesting use of this kind of processor to suggest!