A-side and B-side in albums and singles 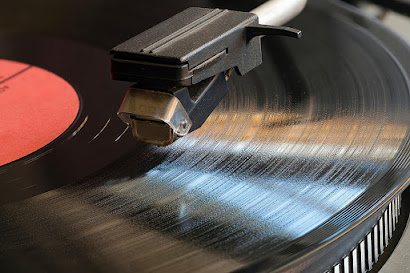 Today we're going to elaborate more on our songwriting articles specifying something about the perfect composition of a tracklist (click here for the original article), as my friend Zoltan suggested.

A-sides and B-sides are a thing of the past: they come from a time in which the physical support for music came with 2 sides (vinyls and cassettes) because there wasn't enough room to store one whole album all in one side.

Why is this relevant still today? Because, historically, quoting Wikipedia: "The A-side usually featured the recording that the artist, producer, or record company intended to receive the initial promotional effort and radio airplay, to hopefully become a hit record". Basically the producers wanted the radio hosts to listen to the best songs first, and then, only if they wanted, to deepen the knowledge of the artist by flipping the side and listening to the other material.

This rule applied mostly when talking to singles: the artist would relase a single, which is a record with the main song to be promoted for radio and tv airplay, and on the flipside there would be another song or two considered by the label as "less catchy" but usually part of the same recording session.

When talking about full lenght records instead the situation is slightly different: it's true that usually the album presents its best shots in the first side, but the second side, which usually contains the same amount of songs, needs to be perceived with similar dynamics: it wouldn't have sense to put 5 fast songs in the a-side and 5 slow ballads in the b-side, the b-side needs to have some good song too, and a good mix in dynamics to keep the listener engaged until the end.

One final mention goes to the rare "double A side", a single in which both sides are considered to be the song to be promoted (for example in the case of Queen's Bycicle Race/Fat Bottomed Girls single).

Today, in an age in which the concept of "side" doesn't have meaning anymore, we say "B-side" to refer to something that the artist or the label consider secundary, and it's usually some bonus songs like live versions, alternate versions, demo versions and so on, which are used to enrich certain particular editions of a record.