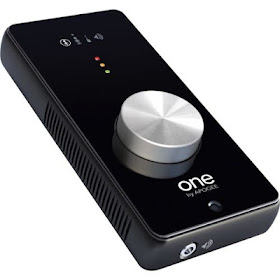 Once we have seen the different types of connection of the various audio interfaces on the market, it's time to take a look at the main features that an audio interface should have, starting with the ADC-DAC conversion: what is it? It's the conversion from an analog signal to a digital one (usually in binary system), and the reverse operation.

This process is very important if we want to make music, since it's going to impact on the whole production, therefore a good conversion leads to a good digital representation of the wave, and the better the electronic components of our device are, the better the conversion will be.
Working in the digital domain, we need to have a final wave at a resolution of 16 bit and 44'100hz (the double of the highest frequency audible by a human ear), in order to be burned on an audio cd, but if we want to produce music that sounds really well on this device we need to operate at higher resolutions, and then Dither the signal down to that amount.


- RESOLUTION AND BIT DEPTH (click here for an in-depth article): This higher resolution basically consists into operating at a bit depth of 24bit (which is a fidelty to the original wave twice as high as the 16 bit one), and at a sample rate higher than 44'100hz, in order to have the freedom to create a wave that sounds better then it could be reproduced by a regular cd player, so that when it comes the time to dither it down to 16bit 44'100hz it will sound better than if it was recorded directly within those limits.
So when choosing an audio interface keep in mind that it should let you work at a bit depth of 24 bit at a sample rate of at least 48khz (some devices arrives even at 192khz, but I personally don't think that much is necessary: many plugins don't work properly at that rate, plus the wave files becomes bigger and bigger on our hard drive).

- INS AND OUTS: another important feature that we must analyze when choosing an audio interface is the amount of Ins and Outs. What do we need to do with this interface? Do we need to record our whole band or just guitars and vocals in our bedroom? We need to have a clear idea of how many inputs we need.

The Input - Output jacks are Mic inputs (balanced), Line Inputs (unbalanced), and Instrument Inputs: the Xrl jacks, or microphone jacks, are balanced jacks (signal level is higher, because it passes through a mic preamplifier), while the 1/4 jacks (also known as TRS) may be balanced or unbalanced (the unbalanced ones have a significantly lower signal level and are called Line Inputs).
Line Inputs: These TRS jack labeled "Line Input" are the ones optimized to receive sound from an external preamp, or an external mixing board, since this input bypasses the preamp section of the interface.
"Line Outputs" are instead used to send the signal to external outboards, like for example hardware effects processors, or other amplifiers, if we want to do a Reamping.
Instrument Inputs instead have a higher impedance (therefore a lower signal) than a balanced input, but the signal is higher than a line input; ideally these inputs stands halfway between a balanced jack and an unbalanced one in terms of signal, and are suited specifically for guitars, basses, and other instruments.
Most of modern audio interfaces anyway features one or more combo jacks balanced-unbalanced that automatically switch between the two formats recognizing the type of instrument, plus they often offer some other unbalanced input.

If we need to record a whole band there are interfaces with several Xrl or Combo balanced inputs, or even some mixer that can directly connect with the pc via Usb or Firewire, just make sure that if the mixer connects with the pc, you can track independently all the single channels on your Daw (an option possible, for example, with the Phonic Helix serie), because most of them will just sends all of them to a stereo output, making further mixing impossible!

Sony / Philips digital interface (S/PDIF), this input-output consists in two plugs: In (usually red) and out (usually white). This connection has many uses: to connect an external mixer to the interface, connect the interface to another interfaces or to studio monitors, to connect reproduction devices such as an audio cd player to the interface without significant signal degradation.
Midi input - Output: this is a kind of connection not featured in every audio interface, and it lets your keyboard, or hardware drum sampler, or any other midi-driven device to be connected with the computer and to record midi tracks;
lately this connection on the instruments is often replaced directly with an usb connection, so it is possible to plug the keyboard directly to the pc without the need of a Midi port.
ADAT Optical Input - Output: it's a pretty uncommon connection, featured usually on the upper-range interfaces, capable of carrying large amount of data without any additional digital to analog conversion. It may carry the data stream of up to eight digital audio channels simultaneously, so if we connect it to a device with more inputs, we can use this port in our interface to expand the number of channels streamed to our Daw.
Headphone Output: a headphone output or more is very important, and it features an internal headphone amplifier with volume control to make it loud enough even for a singer, so that he can hear the base while he's singing. If more outputs or more volume are needed, it is possible to add to those outputs additional headphone amplifiers.