Hello everyone and welcome to this week's article!
Today we're going to expand our "microphoning a guitar amp" article, talking about some advanced technique, that involves two microphones.

Using more than one microphone on the same cabinet means getting the sound from different points and reproducing it in a more accurate way, since every microphone just takes a snapshot of the spectrum tracked from there, and there will be unavoidably some predominant frequency area, and some other that will go lost.

We could add as many microphones as we want, keeping in mind that the more mikes we use, the harder will get to make them all glue together, but it's pretty common to say that using just one microphone is usually not enough to track the body and at the same time the crispness of a guitar tone.

Today we're going to focus on the three most common dual-microphone techniques:

1) the Fredman Technique: used by Van Halen and the producer Frederick Nordstrom, this technique was used on many albums, for example the In Flames' masterpiece "Clayman": 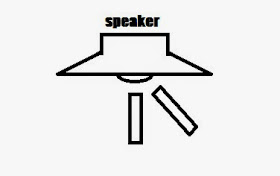 As you can see it's a "Close Miking" technique, which means that the michrophones should be 1-2 inches (3 to 5cm) from the grill, and it's usually done with 2 shure sm57, but nothing forbids to try different combinations.
One microphone should be set straight towards the dustcap or its edge, taking the full body of the sound and many low frequences due to the proximity effect, while the 45° offset one should take the higher frequences, adding some grit to the tone.

2) the fizz-killing technique: this technique takes advantage of the phase alignment (click on the link for a dedicated article about the phase). It consists in using 2 Shure Sm57, one straight to the edge of the dustcap, the other near. The core of the technique is to back off the second microphone until the phase cancellation doesn't take away only the "fizz", the annoying high frequences that make our tone sound like a mosquito. Once we get rid of them this way, only the "beef" of our tone will remain, and the sound will be tight and punchy. 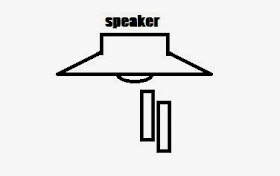 3) The Condenser technique: this technique is used mainly with clean and overdriven guitars, and it consists in setting a dynamic microphone near the edge of the cone, to capture only the mids and the lows, and putting a large diaphragm condenser half a meter away, to catch some room, the higher frequences and the low-roar of the tubes. These two microphones combined will give a very warm and rich clean tone, especially with tube amps. 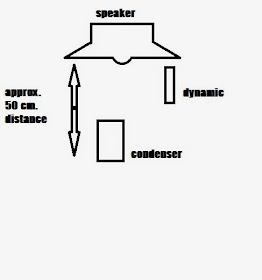 Hello and welcome to this week's article!
This time I would like to share with you my thoughts about compression, and its dual role in the mixing phase.
So far in our many mixing tutorials we have seen compression for its main purpose: to lower the volume of the loudest parts of a sound, thus creating room to rise the quieter parts; this is the concept of Compression used as a gain reduction tool, the way it was created in the first place, and it is explained in the compression tutorials.

The other role of this tool is to shape the tone, that's why they say that equalizaton and compression are the two main tone shaping tools, because just with them we can create modify the source sound in the 90% of what we have in mind, the rest that cannot be done with them is to be considered just the icing on the cake.
With "tone shaping tool" I mean that we can use the compressor not only to intervene with the gain but also to modify the structure of a sound and make it better, in a way similar to the equalization.
This concept applies especially with drums and vocals: there are times in which we would like to give fatness to a sound and to make it more similar to what the radiophonic rock songs sounds like, and we use the equalizer trying to pump up the lower mids, with the results that our tone loses clarity and becomes boomy, while we could just use compression in an intelligent way, and we would get much closer to our target even without touching the eq.
Drums and vocals are instruments with a very high dynamic range, and if we don't compress the sound wisely we will end up hearing just the loudest frequences and lose all the rest of the content, which is what gives "the body" to a sound: think about the snare sound, its original tone is usually snappy and ringy, but we need it to make it sit in the mix in a stable way, and at the same time to make it sound fuller, and with some tail similar to a gunshot: if we start compressing it, beside the evident gain reduction that must be compensated, we will notice that the sound will gradually lose its snap, and will become more and more explosive until, if we keep turning the knob, the sound will become an almost inaudible "oomph".
Our target would ideally be somewhere in between, with the snare stable (which means that it doesn't disappear nor covers the other instruments), and with the right amount of snap and explosiveness.
Radiophonic rock producers tends to compress drums very much to leave the sound full and to make it always audible, even if the radio signal is low, and to obtain this they often kill most of the dynamics, but it's a trade that's worthy, speaking about music that will often be heard in the car stereo, with sub-par signal-to noise conditions.
Compression can be used as a tone shaping tool also for bass, giving it attack, roar in the lower mids and clarity, and to vocals, fattening the sound without intervening with the additive eq, that most of the times can damage the sound, somehow.
In order to use Compression as a tone shaping tool, the producers have also created Multiband Compression, which is a step in between a comp and an eq, and it's aimed mainly to compress some areas avoiding damaging other parts of the spectrum, and to modify only the tone of some parts of the mix/master.

I hope this helped you understanding some of the collateral functions of this powerful tool! 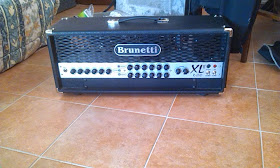 Hello everyone and welcome to this week's article!
Today we're going to review a beautiful head: the Brunetti XL R-Evo II !

This all tube head comes in 2 versions, the 60w and the 120w.
The head, handcrafted in Italy but exported worldwide, is very complete when it comes to features: it has a slot where to mount a rack multieffect inside, and a Midi-in to switch the channel together with the rack patch; it also features three channels (Clean, Boost and Xlead), each one with an independent eq section.

This amplifier features 5 preamp tubes (5 12AX7) and 4 power amp tubes (4 EL34, only 2 for the 60w version), which makes the sound warm and full of attack.
Speaking of sound, this amplifier boasts very deep lows and roaring low-mids, giving to the clean channel and the crunch an impressive body and warmth.
The Xlead channel has an impressive amount of gain, although to play extreme metal with enough clarity a booster is recommended.

Lately the producer has released a limited version of this amplifier, the XL R-EVO LTD, which mounts a 70w power amp with a 15w switch to allow the owner to play at "bedroom volume" too.

Overall a very suggested amplifier, from a solid italian reality capable of being confronted with the international top seller brands.

Channels: 3, Clean, Boost and Xlead, each one with a separated eq

VIRTUAL ORCHESTRA! the best orchestral and strings Vsti, with free plugins inside! 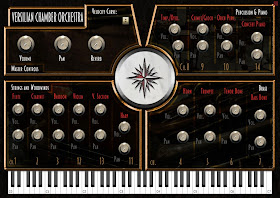 Hello everyone and welcome to this week's article!
Today we're going to talk about an interesting topic: how to add some orchestration to our song using midi plugins, obviously only if we don't have a real orchestra at hand.

Let's start by saying that virtual strings are not new, they've been around since the '70s, and the first synth strings have been featured on some of the most important albums of all times, for example on Pink Floyd's "Dark Side of The Moon".
A synth is a machine that starting from a self generated sound and applying a serie of filters and modifications is capable of reproducing (among the others) sounds that are similar to a real instruments, for example a drumset or a violin: it can't reproduce obviously every nuance, but it can give to the sound a cold and modern vibe that sometimes it's just what we need.

In the last few years, together with synth instruments, the market has been flooded with sampled instruments, which are for example violins or a drumset that are recorded with a microphone and bundled in a plugin that lets you play them by using the Midi standard.
This method is capable to achieve very realistic results, much more realistic than starting from noise (as the synth do), and with time the sample libraries have become always bigger, more accurate, more complete and with a higher resolution, up to a point that today they can easily reach the 20-50 gb size.

Today we can choose among the many orchestral synths and samplers the one that fits our song best, keeping in mind that a sample library will often need a sample player, like Native Instruments Kontakt, in order to be used.

The best Virtual Orchestra libraries are obviously expensive, for example today some of the best on the market are EastWest Symphonic Orchestra, Ik Multimedia Miroslav Philarmonik, and obviously the Native Instruments Komplete serie, but if we are on a tight budget and we need to insert some orchestration in order to become the new Fleshgod Apocalypse, here's some free orchestral synth and sample library to rock your world:

- Sonatina Symphonic Orchestra: one of the best free orchestral sample libraries around

- Dsk Strings: a very rich synth strings plugin, with the single instruments and the full sections

- Orchestral Strings One: a strings ensemble sampler from the authors of Piano One, probably the best free piano library on the market